The forest areas of Aenos National Park are typical Mediterranean ecosystems, adapted to the climate and soil conditions of the insular region of Western Greece. These forest areas are vulnerable to multiple threats, which are summarized below:

During the summer, fires represent the most important and imminent threat to the natural environment of Aenos National Park. Fir trees are not resistant to fires due to the resin content of their dry and flammable foliage; their exposion to strong winds, the dry microclimate of limestone bedrock where they grow and the early growth of dry grass favored by the moisture of soil in summer also promote fire-related risks..

A strategic Forest Service response to the impact of grazing on the fir habitat was the demarcation of the forest land in 1963 with the construction of barbed-wire fences stretched between iron posts. Along with the construction of the fence, Kefalonia Department of the Directorate of Development and Forest Protection issued regulations on the application of provisions prohibiting grazing. However, despite these measures, today the threat of grazing still remains due to the violation and destruction of the fence and pastures overexploitation around the forest area from livestock breeding. Due to the lack of supervivion, livestock gets inside the protected area and feeds on the herbaceous and shrub vegetation and prevents fir trees regeneration. As a consequence of the long-term overgrazing, soil has reached a state of marginal degradation and biodiversity has been considerably reduced.

In the past, reckless hunting behaviour resulted in a significant reduction of preys in the Reserve. Once the area was declared National Park, hunting was prohibited. Nevertheless, due to ineffective wardening (lack of personnel, means, etc.)  reckless hunting was followed by poaching. Nowadays, although this illegal activity has been significantly reduced, still cases of poaching are recorded by the Management Body and treated according to forestry law with the contribution of Kefalonia Department of the Directorate of Development and Forest Protection.

Illegal tree cutting used to be a serious threat for the forest survival; nowadays it has been strongly limited. Nevertheless, there have been recorded cases of illegal cutting of fir trees to be used as Christmas trees and of oak trees to be used for animal feed or firewood.

Visitors mainly come to the National Park during summer, especially in months June, July and August; in the winter Natural Reserve attracts many visitors on sunny days after heavy snowfalls. The vast majority of visitors behaves respectfully; however, rarely visitors remain to the Reserve after sunset, light fires, or  take away flora species against the operation regulations of National Park.

The installation of broadcasting and telecommunication satellite transponders at Chionistra location resulted in the degradation of habitat natural characteristics and the covering area limitation of Viola cephalonica, the only endemic species to Mount Aenos. As an effort to protect this species from anthropogenic distrurbance, in 2008 the Management Body of Aenos National Park in collaboration with Kefalonia Department of the Directorate of Development and Forest Protection proceeded with the fencing of the area.

Around the core of Ainos National Park, there are private land plots and pastures. Even though National Park status has been institutionalized and should not be under threat by private claims, it has been observed the existence of illegal infrastructure within the core of the National Park (eg. private fencing). 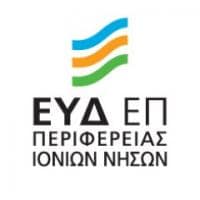 © Copyright 2021 Εθνικός Δρυμός Αίνου
The project entitled: "PANAS - The monumental forests of the Ionian Sea as hotspots of biodiversity and high biopharmaceutical value of macrofruits: mapping, inventory, assessment, networking, conservation and sustainable use" has been included in the O.P.. Ionian Islands, 2014-2020 (Priority Axis 2 - "Environmental Protection and Sustainable Development") and is co-financed by 80% from the European Regional Development Fund and 20% from National Resources.
Back To Top
×